I was born on Dec. 6, 1936, as the first son of Taichi and Tatsuyo Tomoda, and I had a brother who was one year younger. My father died when I was six, and my mother earned a living by sewing. It seemed that my father left a sizable fortune, so the three of us were better off than most people in our neighborhood, who had a life of poverty during the war. When the atomic bomb was dropped, I was nine years old and in the 4th grade of Fukuro-machi National School, the present Fukuro-machi Elementary School, and my brother, Yukio, was eight and in the 3rd grade. Our house used to be located at the east side of the Motoyasu River in Otemachi 5-chome, which is around the east of Heiwa Ohashi Bridge at present. Our house was big. The first floor was my mother’s tailor shop, and we lived in the back of the first floor and on the second floor. My mother was very affectionate. Although she was busy, she often took us boating on the Motoyasu River, and my brother and I often swam in the river. We would swim to the Hiroshima Prefectural Industrial Promotion Hall, the present A-bomb Dome, and looked up at the modern building. 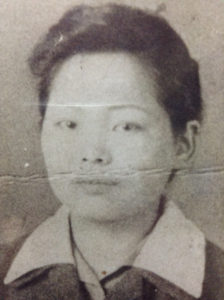 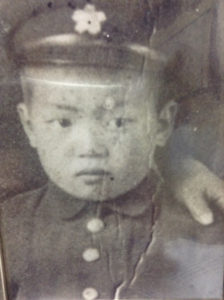 A few months before the A-bombing, we were forced to move to another place, 6-chome in Otemachi because of the demolition of buildings. The demolition of buildings means to make firebreaks to check the spread of a fire from air attacks by making vacant lots around the main buildings and widening roads. It started in Hiroshima in November, 1944. The 6th demolition work project started on a massive scale in many places in the city on August 1, just before the A-bombing. People in the neighborhood, the National Volunteer Army Corps from the suburbs, and local middle school students and girls’ school students were mobilized for the demolition work. Because of that, about 6000 mobilized school students were killed by the A-bombing. Even if your house was chosen to be demolished, you could not refuse it. We were told that people’s lives should be dedicated to the nation. I watched my house where I was born and raised torn down in front of me. I remember the scene vividly even today. First, each of the two pillars was tied with a big rope and the two ropes were pulled by dozens of people. Our house was strongly built, but it easily collapsed. 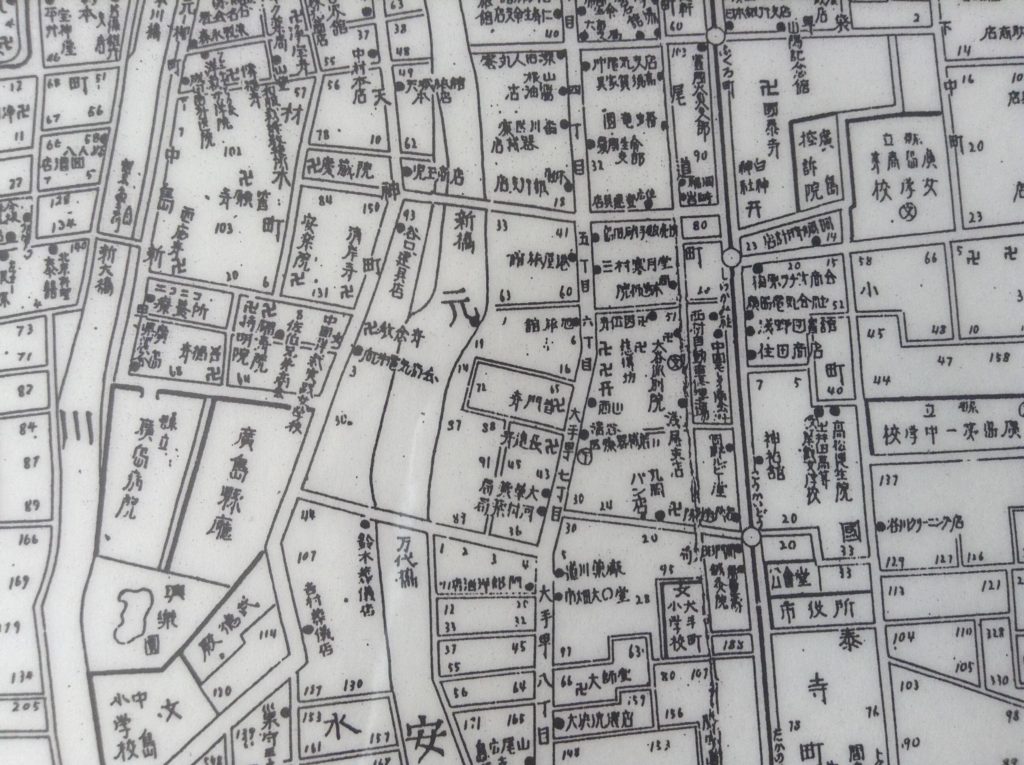 Map of Hiroshima City before the bombing

Our new house was near Shirakami Shrine, about 600m from the hypocenter. Saburo Kanayama, a Korean man about 40 years old, rented a room on the second floor of our house. His Korean name was Kim. He was working at a military shoes factory. As we didn’t have a father, we took to him quite well, and he treated us with affection and made shoes for us. As I was just nine years old, I don’t know why he came to Japan and rented a room in our house.