5.Back to Japan and Radiation Aftereffects

Staff from the Hiroshima City Office met me at Haneda Airport, and I returned to Hiroshima with them aboard a night train. When I heard the announcement at Hiroshima Station saying, “Hiroshima! Hiroshima!” I was filled with undefinable emotion. The city was totally different from what I remembered. Many buildings were built up in front of the station, and there were many cars running on the roads. The city was well-developed, which I could not associate with the devastated A-bombed city I remembered. When I left Hiroshima Station 15 years before, the rubble from the A-bombing, which had covered the city, had been washed away by the Makurazaki Typhoon, and I could see the Seto Inland Sea from the station.

At the city office, I met my grandmother along with many media people, who were waiting for my arrival. There, I learned that my mother and my brother were still missing, and I was issued an A-bomb Survivor Health Book. I said, “I don’t need an A-bomb Survivor Health Book.” However, Mayor Hamai said to me, “You should keep it. The time will surely come when it will be helpful to you.” Later when I had to go to hospital because of A-bomb related diseases, I thanked the mayor. 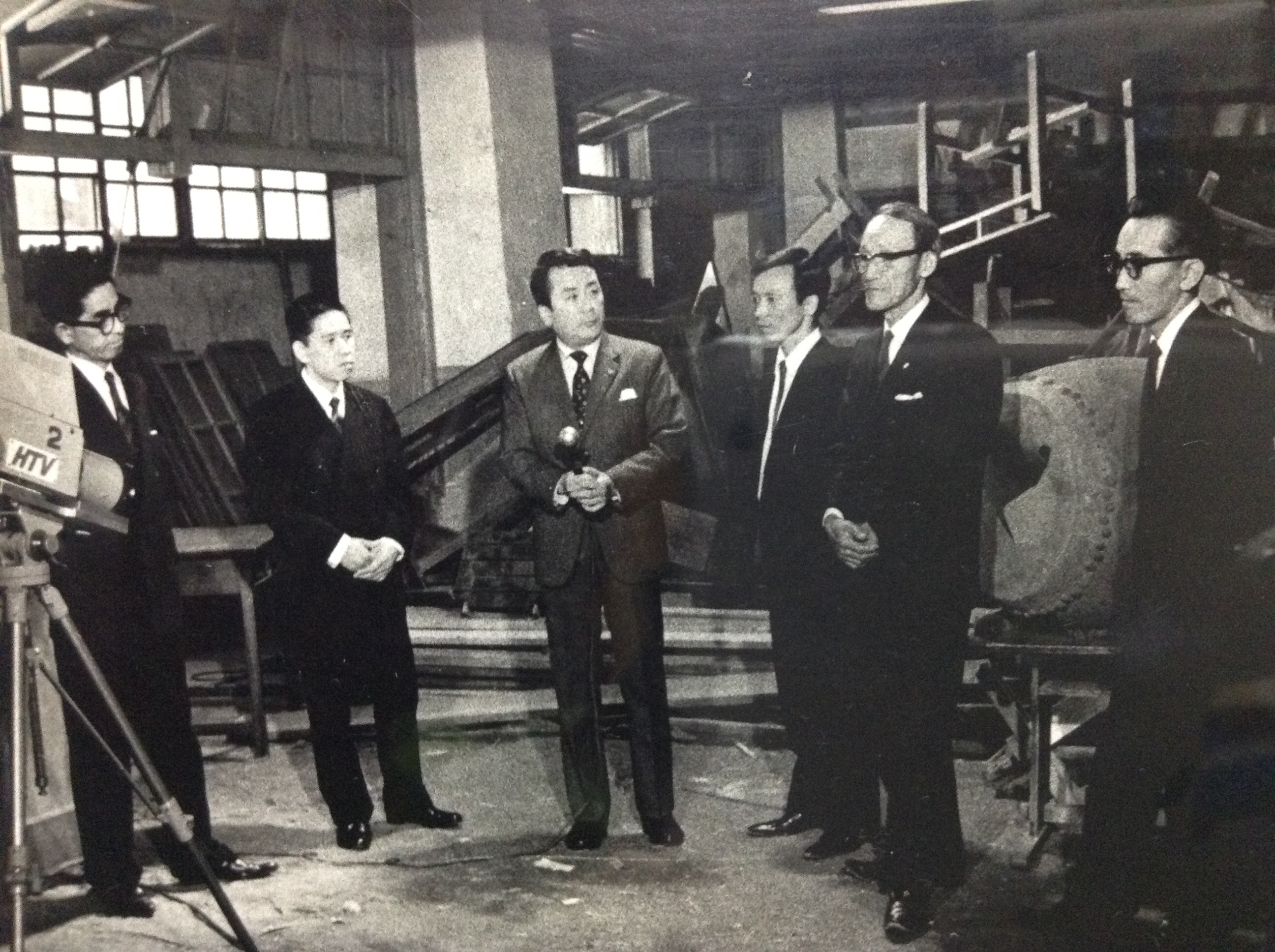 It had been my dream that I would return to my hometown, Hiroshima. However, my return drew media attention, and people looked at me with curiosity. Mayor Hamai became my guarantor, and by his introduction, I began to work for a Japanese sweet shop as a live-in worker. The family members in the shop were the husband, his wife and their 5th-grade son, and they were all kind to me. The wife let her son and me sit at the dining table and taught me Japanese. I worked there for about one year, but I couldn’t fit in with co-workers due to the language barrier. I spent my first year in Korea just listening to people around me, and then I came to gradually express what I wanted to say. However, it was very difficult to relearn Japanese, and I couldn’t speak Japanese well. I think that children may be able to learn language more easily. In Korea, I thought of myself as a Japanese, but returning to Japan I couldn’t make myself understood in Japanese, and I felt as if I were in a foreign country.

When I worked for a bakery in Korea, I had a co-worker who treated me like his own brother. I knew that his brother lived in Osaka where many Koreans lived, so in 1962, after contacting him, I left for Osaka. Through him, I got to know many Korean people who lived in Osaka and were successful in their jobs. Through their network I got a job. I had earned 9,000 yen a month from my live-in job in Hiroshima, while I could earn 12,000 yen a month from the same kind of a live-in job in Osaka. After things settled down, I began to live in a small apartment and worked at a gas station, then later a small factory which produced handles for electric rice cookers. I was always poor and my life was hard, but I got peace of mind surrounded by Korean people who understood me. Koreans living there helped each other, and when someone was in need, they cared for him with loving kindness. There was a Korean man who was really generous enough to give me a motorbike, even though I had no driver’s license.

The A-bomb shadow haunting me

At the time of the A-bombing, a piece of glass stuck into my right thigh and I pulled most of it out, but a small fragment stayed in my muscle. I didn’t feel pain, but I felt uncomfortable when I touched something stiff inside me, which was annoying. When I was around 20, I was pushing the fragment out little by little, and it came out of my leg. Also, at that time, I hit my back strongly against a wall. The doctor told me that my spine must have been misaligned. Since then, I have suffered from backache, and still now, I go to the hospital regularly. Also, I suffered from what seemed to be the aftereffects of the atomic bombing.

In 1966, when I was 30 years old, I got married through my friend’s introduction. More than 20 years had passed after the A-bombing. However, suddenly my gums started to bleed, I felt extreme fatigue, and I couldn’t get up in the morning. I had heard that A-bomb survivors suffered from the aftereffects of radiation, called “A-bomb chronic fatigue syndrome,” which was exactly the same as my symptoms. That’s why I couldn’t work regularly. I could only manage to work 10 days a month. When I lived on the street in Seoul, I once vomited a lot of blood and had high fever. At that time, I thought it was because of nutrition deficiency, but now I think it was due to the aftereffects of radiation. It took me about 10 years to get over these aftereffects.

Visiting Hiroshima with his children

My wife, Kayoko, always supported me when I was despondent. In Seoul, I heard the rumors that no vegetation would grow in Hiroshima for 75 years, that the A-bomb survivors would not be able to give birth, or that, even if their babies were born, the babies would be born disabled. So, I was really overjoyed when our first son was born healthy the year after our marriage. Then, I changed my job to a stainless steel processing company, working hard, and I was blessed to have four sons and a daughter. When I was 9 years old, I was suddenly deprived of my family by the A-bombing, and I lived alone most of the time. My dream in my childhood was to have a loving home. I was always poor, but living in this small municipal house with two rooms and a dining kitchen, I led a happy life surrounded by my wife and five children. Later, my wife suddenly passed away at the age of 75. I wanted to take her to Korea but never did.

After I settled in my job and home, I went to Korea five times to look for Mrs. Yang, to whom I owed my life. On March, 1995, on my fifth visit to Korea, I had an opportunity to appear on the local TV program, “Making the Morning” by Seoul Munhwa Broadcasting Corporation. I appealed in the program, saying, “I’m looking for the person who saved my life.” After the program was broadcast, the TV station received a phone call. It was from the eldest daughter of Mrs. Yang, Kim Che-suk. She rushed to the TV station, and we could reunite after 35 years. As soon as we saw each other, we hugged each other to celebrate our reunion. To my regret, Mrs. Yang had died at the age of 63, 18 years before. I heard that she had been worried about me right up until her death. I could not repay her kindness, though she had given me such warm care, and she could not meet my wife, which are my two greatest regrets. When Che-suk saw me bite my lips, she said, “My mother’s desire is that the families in Korea and Japan will get along with each other.”

[Responsible for text]
This account was written and translated by HSO, based on interviews with Mr. Tsunehiro Tomoda in person and on the telephone from August – September 2017.
This account is licensed under the HIROSHIMA SPEAKS OUT